Your browser is not supported. Please update it.
Home page
Call 020 8340 1906
Website by GolfWorking

A Bit of Background

The Club was formed in 1904 on an area of farmland, leased from the Church Commissioners, which had been the hunting estate of the Bishops of London. The Club purchased the freehold in 1959.

Robert the Bruce was staying at the hunting Lodge in the late summer of 1305, when Edward I heard of a secret agreement that would have made Bruce the King of Scotland. He moved to arrest Bruce, but a warning was sent by a noble at court that he should flee. That warning, in the form of a spur with a feather attached, forms the basis of the Club’s crest.

Though the original course design was by Billy Winton, between 1904 and 1905 the layout was refined by C.S. Butchart.  Butchart would go on to design the original layout of the Berlin-Wansee Golf Club in 1913/14 and would spend the first two years of the Great War interned in Germany.

In 1928, the Metropolitan Water Board acquired 40% of the land, via compulsory purchase order, for the construction of a reservoir, and the course was modified to what is, essentially, the present layout.

The original clubhouse was destroyed by fire in 1926 and its replacement was similarly destroyed in 1962.  The current clubhouse, with its well-frequented terrace facing the north-west, boasts panoramic views of North London, from Harrow on the Hill round to Potters Bar.

There are a few more scenic places in London to enjoy a glass of happiness. 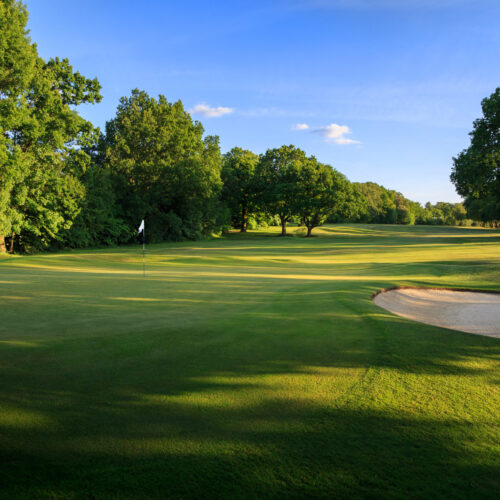 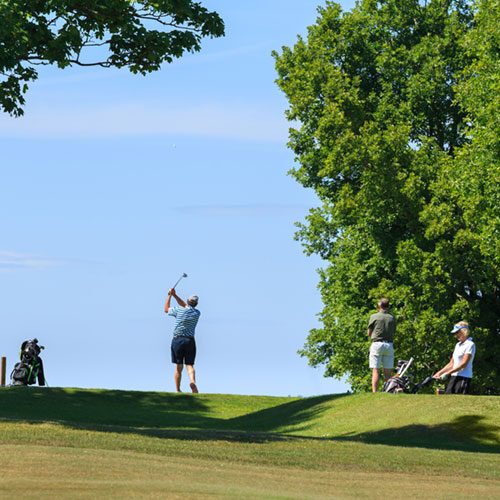 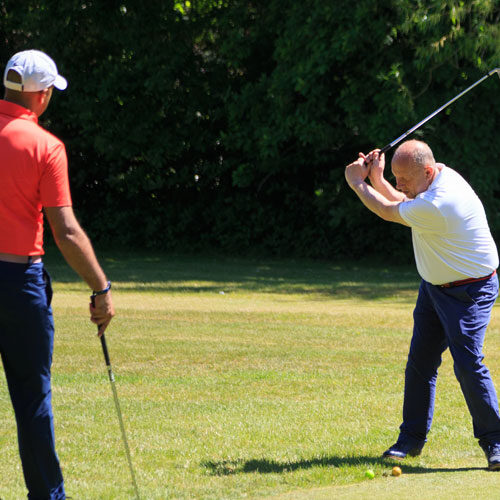